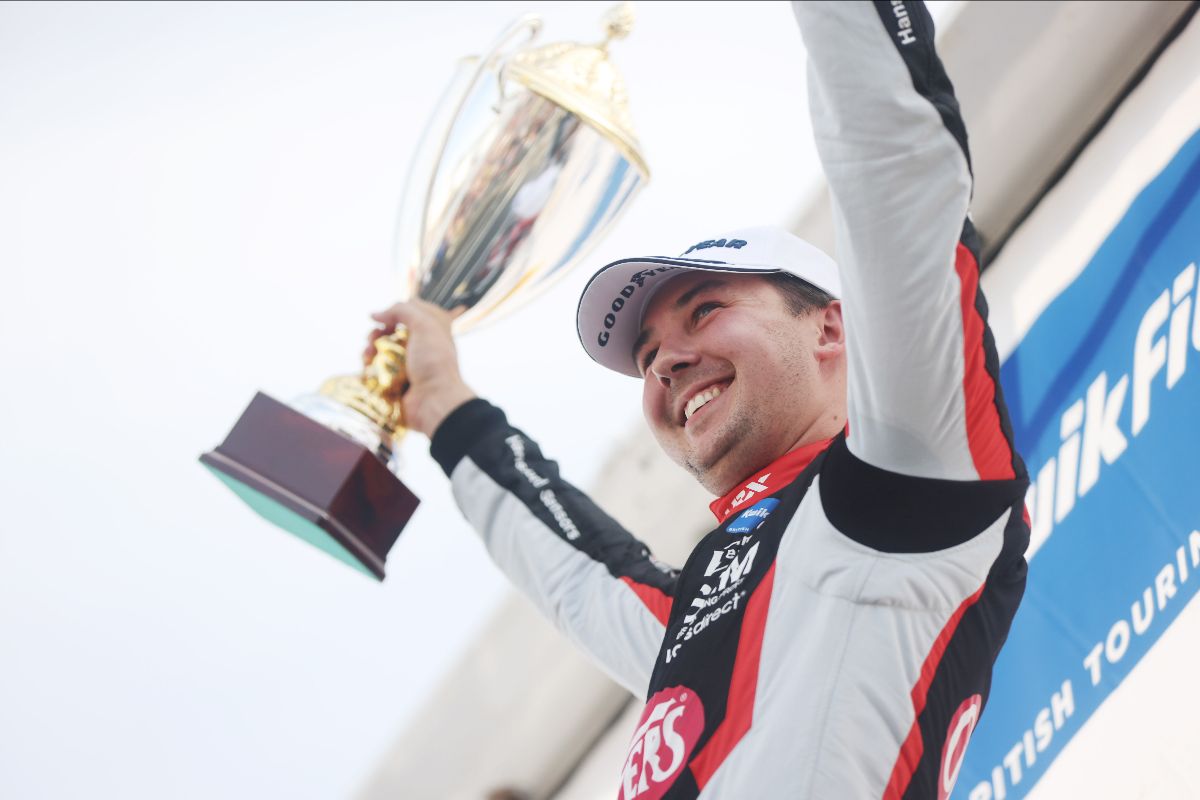 Leading British Touring Car Championship star Tom Ingram has boosted his pre-season preparations by prolonging his partnership with EXCELR8 Motorsport, as the highly-rated Bucks-born ace sets his sights firmly upon the biggest prize in national motorsport on the eve of the series’ eagerly-anticipated hybrid era.

Ingram joined EXCELR8 in 2021 for his eighth campaign in the BTCC, and exactly one year on from the beginning of the union, the two-time Independents’ Champion has marked the occasion by committing to the team until at least the end of 2023 – and it is not hard to see why.

Right from his very first test behind the wheel of EXCELR8’s Hyundai i30 N, the 28-year-old reported that the Korean hatchback ‘fit like a glove’, and as he has been for the majority of his impressive career in the UK’s premier motor racing series, he was immediately on the front-running pace and in contention for honours.

On the podium first time out, Ingram tasted victory champagne in only his sixth race with EXCELR8 – on the team’s home turf at Snetterton – which he swiftly followed up with another triumph at Brands Hatch a fortnight later, and then a third at Knockhill.

For the fifth consecutive year, the multiple Ginetta Champion entered the season finale in with a shout of clinching the coveted Drivers’ crown, ultimately winding up fourth amongst the 35 high-calibre protagonists, a mere six points adrift of the runner-up spoils. With his freshly-extended contract tucked in his back pocket, he is bullish about his prospects moving forward and confident that 2022 will be even better.

Intriguingly, the forthcoming campaign will herald the introduction of hybrid technology in the BTCC to replace the outgoing success ballast system – setting the stage for a sensational scrap for supremacy. The first of ten race weekends will rev into life at Donington Park on 23/24 April, with all of the action throughout to be screened live and in high-definition on ITV4.

“I’ve never made any secret of the fact that I want to be in the BTCC for the long haul, and success in this championship relies heavily upon forging relationships with the right people. Justina [Williams – EXCELR8 Team Owner] has a very clear vision of what she wants to achieve, and is willing to invest in the relevant areas in order to do so.

“I arrived at EXCELR8 after spending seven years with the same team, yet I felt fully at home from my first test in the Hyundai. We grew together and worked really hard to further refine the i30N, so with the benefit of that experience and a year’s engineering development now under our belts, we should be in good shape going into 2022. Not just that, but with a number of my main rivals playing musical chairs over the off-season, our continuity can only count in our favour.

“The advent of the hybrid era is very exciting. It will open up a new dynamic, and there will be an extra strategic element in terms of when and how you exploit the additional power available, which will give us all a bit more to think about.

“Hopefully it will also provide greater parity and allow the quick drivers to feature more consistently up at the sharp end. Ultimately, everybody wants to see the fastest drivers to the fore and competing against each other, because that’s what generates the best racing – but that didn’t always happen under the success ballast system, which made the BTCC a bit of a rear wheel-drive show in recent years, due to the way in which they could manage the excess weight.

“As the highest-placed and therefore heaviest front wheel-drive car in the points table for the majority of last season, we were invariably on the back foot going into race weekends and that really hampered us – but with no ballast on-board, we unquestionably had one of the quickest cars in the field. Given everybody will now be on a level playing field in that respect, I think we will have a strong package from the get-go. Plus, we’ve obviously got plenty of experience of running with the kind of weight that all cars will have to carry in 2022…

“Considering that change and with so many leading drivers switching teams, it really could be the most unpredictable season in ages, but our goal is clear. I’ve been the BTCC’s ‘nearly man’ too many times for my liking, and off the back of such a strong first year at EXCELR8 and with the new challenge of getting to grips with hybrid technology, I’ve never felt so motivated. We will 100 per cent come out of the blocks fighting, and the aim is to start as we mean to go on – which means pushing for pole position and victory right from the outset.”

“Today marks exactly one year since we officially announced our partnership with Tom, and what better way to celebrate that anniversary than by extending the agreement until the end of 2023? EXCELR8 has made big strides since entering the BTCC three years ago, and with the benefit of Tom’s renowned speed, skill and experience, last season, we were able to launch our first genuine title bid and truly establish ourselves as consistent contenders in the series.

“We have no intention at all of resting upon our laurels, and have been hard at work over the past few months putting all the pieces of the puzzle into place to ensure we can hit the ground running at the beginning of the championship’s new hybrid era.

“Tom is obviously a major part of that puzzle, and we are all thrilled to have him with us for at least two more seasons. He is an excellent team leader, with an exemplary attitude and approach that inspires everybody to raise their game. I said it when he joined us and I’m even more convinced of it now – Tom is one of the absolute top drivers on the BTCC grid and undoubtedly a champion in-waiting. I cannot wait to find out what we will achieve together in 2022 and 2023.”

← Prev: EXCELR8 with TradePriceCars.com signs off with Brands Hatch podium Next: Daniel Lloyd signs with EXCELR8 Motorsport for 2022 BTCC season → 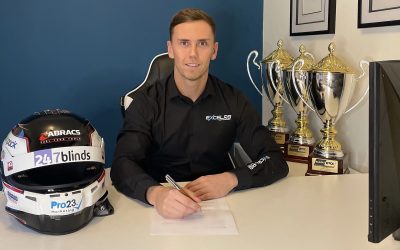 Kwik Fit British Touring Car Championship race winner Daniel Lloyd will return to the grid for a second successive season in 2022 after penning a deal with front-running outfit EXCELR8 Motorsport. With the series about to embark on its ground-breaking new hybrid era,... 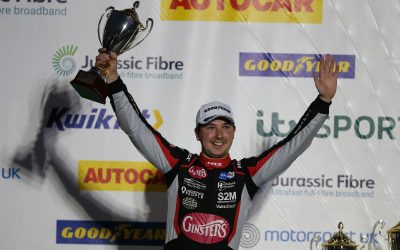 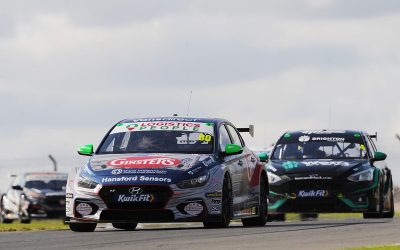